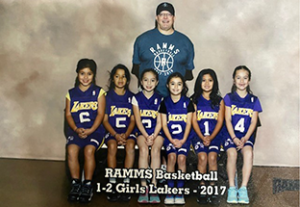 Terry Pilon (“Coach Terry”) passed away on Wednesday, February 3, 2021, following a valiant battle against COVID-19, notwithstanding having taken extreme precautions during the pandemic. Terry was born in 1958 in Flagstaff, Arizona to Chuck and Linda Pilon. Two years later, the family moved to Phoenix, where Terry attended Madison Rose Lane Elementary School, then Brophy College Prep, where he played football, basketball and baseball before graduating in 1976. After graduation, Terry obtained his bachelor’s degree in business from Northern Arizona University, then returned to Phoenix and worked as a commercial lender and vice president at several Valley banks, and later as a realtor. Terry had also just obtained his paralegal degree and certification and was preparing to launch his new legal career this year. Terry was a devoted husband to his wife of 20 years, Lori Voepel, and a loving father to his son, Chase, and his daughters, Chelsea and Ciara.

This photo spans as long as the caption even though I have a select custom size set.

In addition to his love of family, Terry had two passions, the first of which was his lifelong passion for Notre Dame Football. Terry’s other passion was coaching his daughter, Ciara, in girls’ basketball and softball through the RAMMS and YMCA youth sports programs, and through Kaizen Basketball Academy (KBA). Coach Terry took immense pride in his RAMMS Lakers, Spurs and Hericanes basketball teams, the RAMMS Panthers and Green Crush softball teams for whom he served as an assistant coach, and the “Cool Cats” YMCA basketball team he coached with professional women’s basketball coach, Olaf Lange. Coach Terry and Coach Olaf formed KBA out of the YMCA Cool Cats team.

KBA’s commitment, shared by Terry and Olaf, was to not just create a place where girls are taught to win games, but a place where girls can learn the fundamentals and a love of basketball. Learning from Coach Olaf and his wife, Coach Sandy Brondello, how to teach basketball skills to young girls was one of the great highlights of Terry’s life. Coach Terry was beloved by the girls, families and other coaches of KBA and RAMMS, where he coached until his illness and untimely death.

Coach Terry’s family is establishing this memorial fund in his honor, to help continue his legacy and belief that all girls should have an equal opportunity to play sports and be coached with the same level of excellence, passion and rigor that boys are coached.