ACF’s story is one of Arizonans’ generosity turning into impact. Here are some of the highlights from our 44-year history. 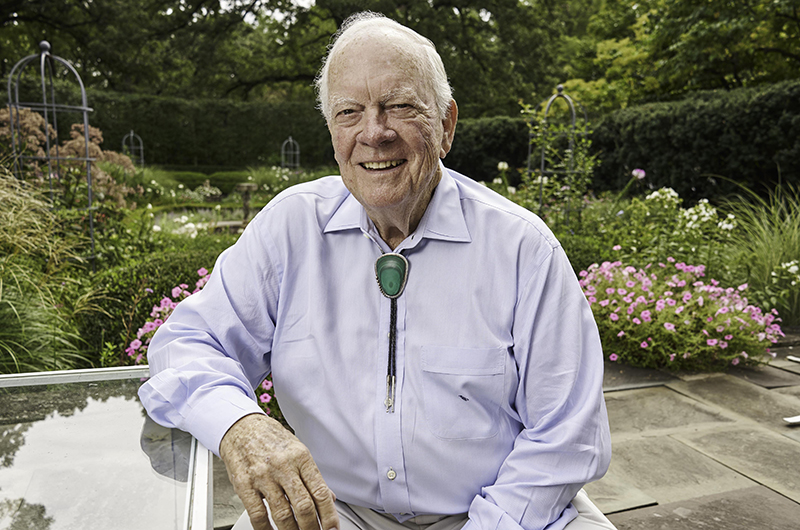 A number of civic leaders came together around Bert Getz, who brought the idea of a community foundation from his family home in Chicago. Longtime civic activist and philanthropic pioneer Newton Rosenzweig picked up on it immediately. In Tucson, members of the DeConcini family gave the idea statewide currency. And in Phoenix, Valley National Bank Chairman Roger Lyon put the weight of the banking industry behind a feasibility study to see whether a community foundation would work in Arizona.

ACF was established as a statewide institution by a consortium of local banks: Valley National Bank of Arizona, First National Bank of Arizona, Arizona Bank, Great Western Bank and Trust Company, and Guaranty Bank. Articles of Incorporation were filed in August 1978, registering the foundation with the State of Arizona with $300,000 in assets from founders Evo and Ora DeConcini, Newton and Betty Rosenzweig, and Bert Getz.

The first discretionary fund was established when the Phoenix Welfare Foundation, started by civic leader Walker McCune, transferred its private foundation to ACF.

Grants were made within months of our founding to support Girls Ranch Inc., Girl Scouts-Arizona Cactus Pine Council, All Saints Episcopal Day School, and the National Historical Fire Foundation.

Stephen D. Mittenthal, formerly with the Weyerhaeuser Company Foundation, joined ACF as its first president and executive director. He was most interested in growing the foundation’s unrestricted endowment. ACF moved aggressively to increase its asset base. In 1983, ACF had an endowment of $2.7 million, and distributed 20 grants totaling more than $100,000.

The endowment continued to grow, reaching $5.5 million. This was a year of many firsts for ACF. Three new nonprofit endowments included Sojourner Center, Interfaith Foundation, and the Sun City Symphony Orchestra Association.

Donor Alan Weinberg established a designated fund for the Desert Botanical Garden, and we kicked off the Neighborhood Small Grants Program in response to a public and private appeal for aid to Phoenix’s homeless population. 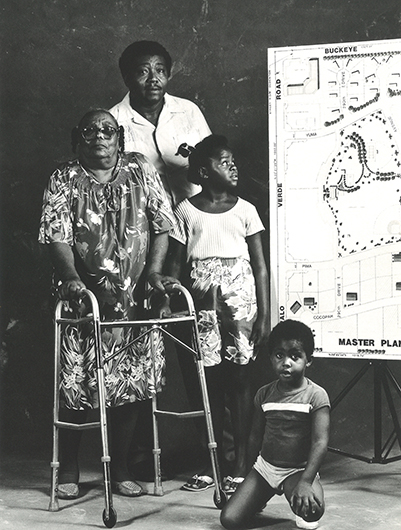 ACF received one of the first, highly-coveted Ford Foundation five-year, $500,000 challenge grants designed to build the capacity of community foundations. Within 15 months, ACF raised the $1 million match thanks to more than 50 contributions from corporations, foundations, and individual donors.

Grantmaking continued, extending to the rural communities as 'area funds' grew in Prescott, Flagstaff, and Yuma. These planted the seeds for the creation of what would later become ACF's statewide affiliate system.

ACF demonstrated community leadership with public hearings in Tucson and Mesa to educate the public about Arizona children living with mental illness. 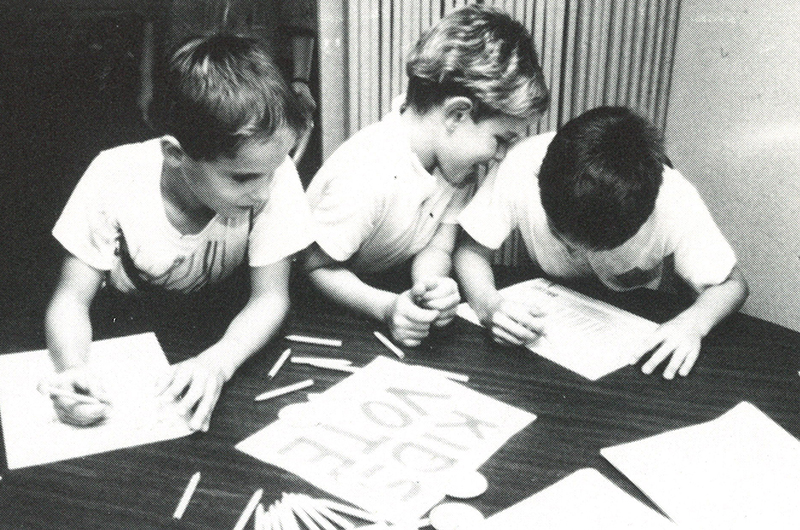 Civics and the Environment

A grant helped bring Kids Voting, a pilot program simulating an election, to 35,000 classrooms across the state.

ACF was the first foundation in Arizona to contribute to the development of Kartchner Caverns. The grant helped formulate a plan to develop this environmental wonder and to educate the public about the need to preserve it in its natural state.

By 1991, ACF ranked among the top 50 community foundations in the country.

ACF was the first major Arizona philanthropic organization to address AIDS. The Maricopa County Community AIDS Partnership was recognized nationally for its unique consolidation of public and private funds dedicated to coordinate community-based treatment and prevention of HIV and AIDS.

In 1994, ACF began to look at expanding its role as a community builder, playing a critical part in the civic life of the communities it serves.

Through a $6 million unrestricted gift left to ACF by generous donor Florita Evans and a series of challenge grants, ACF initiated its statewide network of affiliates managed by regional staff outside of metro Phoenix. 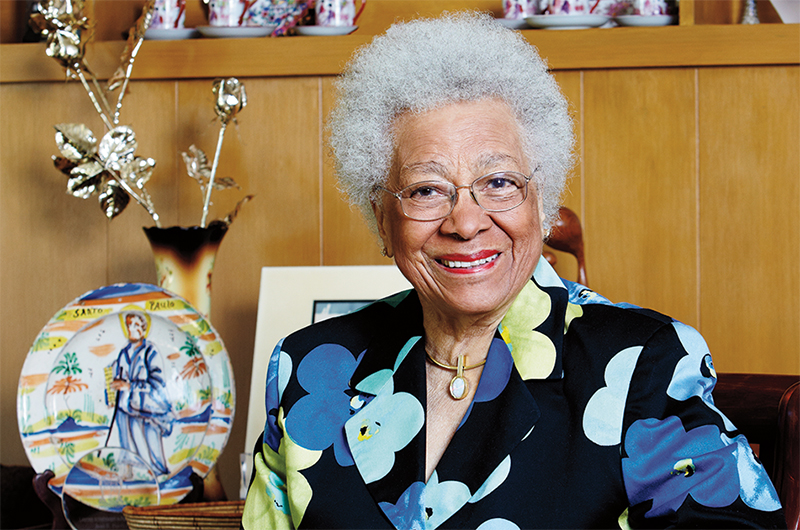 Encouraged by a $100,000 matching grant from the Ford Foundation, ACF began to address cultural diversity issues among its own staff and board, along with initiating a special effort to reach minority donors and minority-serving nonprofits. ACF trustee and donor Jean Fairfax pioneered the establishment of a broad social justice fund which included $50,000 of discretionary capital funded by ACF and a multi-year demographic study to capture a portrait of Arizona's changing ethnic and racial communities that was distributed to more than 1,500 community leaders across the state.

Arizona's Children Association asked ACF to partner with them in a foster care pilot project. The result was Families for Kids, a five-year initiative funded by the Kellogg Foundation to look at system reform from the child's perspective for the 7,000 foster children in Arizona at that time.

As a result of the emotional impact of the September 11 terrorist attacks, ACF reexamined its entire discretionary grantmaking program to ensure its relevance to community needs and priorities. To help make informed decisions, a series of dialogues with nonprofit organizations—organized in partnership with Libraries for the Future, the Arizona Humanities Council and Arizona State Libraries—was convened throughout the state to determine how best to respond to current funding demands.

We joined other funders to support T-Gen, a biomedical consortium for medical and scientific research and the treatment of diseases. At the time, the $500,000 grant was the largest ACF had made to support a single cause.

We also joined the U.S.-Mexico Border Philanthropy Partnership, which brought together nine national and international funders to support the work of 21 community foundations on both sides of the border.

A Heart and Home

In partnership with the Local Initiatives Support Corporation, ACF launched the Affordable Housing Predevelopment Loan Fund, a recoverable fund that makes zero-interest loans to nonprofit housing developers to assist in the creation of affordable housing.

ACF partnered to launch the first Individual Development Accounts for children enrolled with the nonprofit AZ Quest for Kids. A combined total of $100,000 was used to create matched savings accounts to help children save for tuition, books and school supplies while they attend any state university or community college.

The Pakis Center for Business Philanthropy was established with the support of local entrepreneur and ACF Board member Frederick M. Pakis. Through the Pakis Center, ACF offers customized, cost-effective strategies to engage companies of all sizes in advancing their charitable priorities in the communities where they do business.

ACF began to offer a Socially Responsible Investment Pool to integrate social and environmental concerns into an investment strategy with a parallel focus on asset diversity and long-term growth. 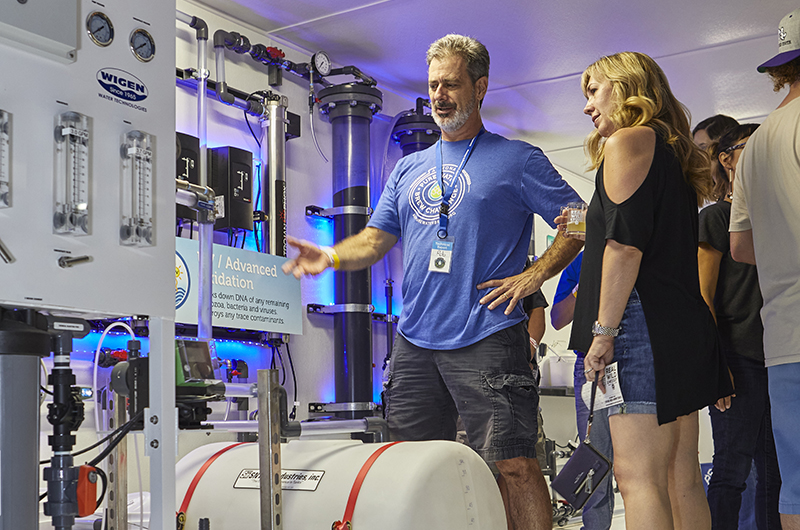 The Leaders of Tomorrow

The New Arizona Prize: Water Innovation Challenge offered $250,000 to a collaborative team in Arizona that developed the most innovative solution to advance the sustainability of its water future. After receiving 23 submissions, the judges awarded the prize to the Southwest Water Campus for its Pure Water Brew Challenge.

Investing in our future

ACF and local philanthropy partners launched the Arizona COVID-19 Community Response Fund to support nonprofits on the front lines helping those most vulnerable to the economic and health-related impacts of the pandemic.

ACF also partnered with eight local governments to distribute grants to small businesses and nonprofits hit hard by the pandemic.

In response to nationwide protests following the death of George Floyd, ACF’s leadership team made a pledge to join with donors in eliminating inequality and racism and invest in nonprofit organizations who can bring our communities, our public institutions, and our fellow citizens together to heal. ACF seeded the Black Philanthropy Initiative’s Social Justice Fund with a $25,000 gift. 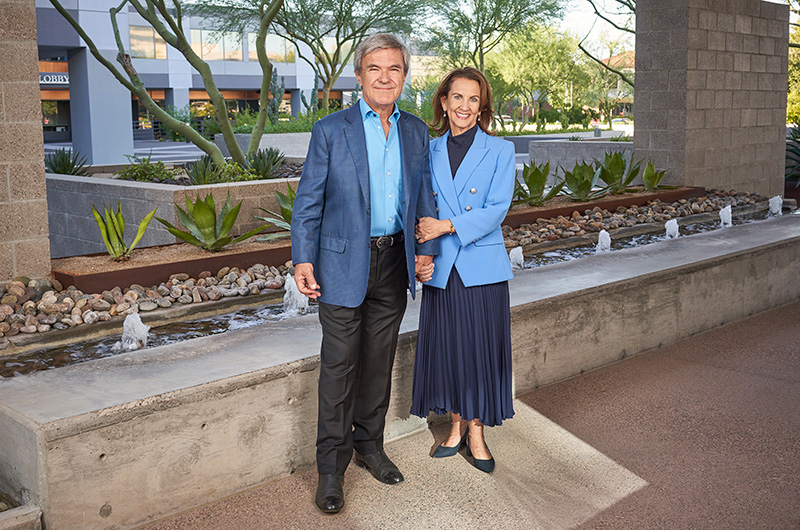 The Urgency of Now

During the summer, ACF’s Disaster Relief Fund was activated to support recovery efforts related to the Telegraph and Mescal fires in eastern Arizona and the historic levels of rainfall and resulting flash floods in Flagstaff. The fund distributed $79,996 to Gila County, United Fund of Globe-Miami, Boyce Thompson Arboretum, Gila House, Inc., and Legends of Superior Trails for wildfire recovery and fire and flood relief. The fund also provided $62,624 to Housing Solutions of Northern Arizona to aid residents suffering financial losses due to the flood damage done to their homes in Flagstaff.

In October, Christy and Daryl Burton made historic charitable gift to ACF. The long-time Arizona philanthropists and founders of the Burton Family Foundation contributed real estate assets totaling $137.6 million, making it the largest charitable gift to the foundation to date.

We work with donors to achieve their philanthropic goals by advising them, providing resources, and enabling them to create community change.

We work with donors to achieve their philanthropic goals by advising them, providing resources, and enabling them to create community change.