ACF welcomes Anna Maria Chávez as next President and CEO 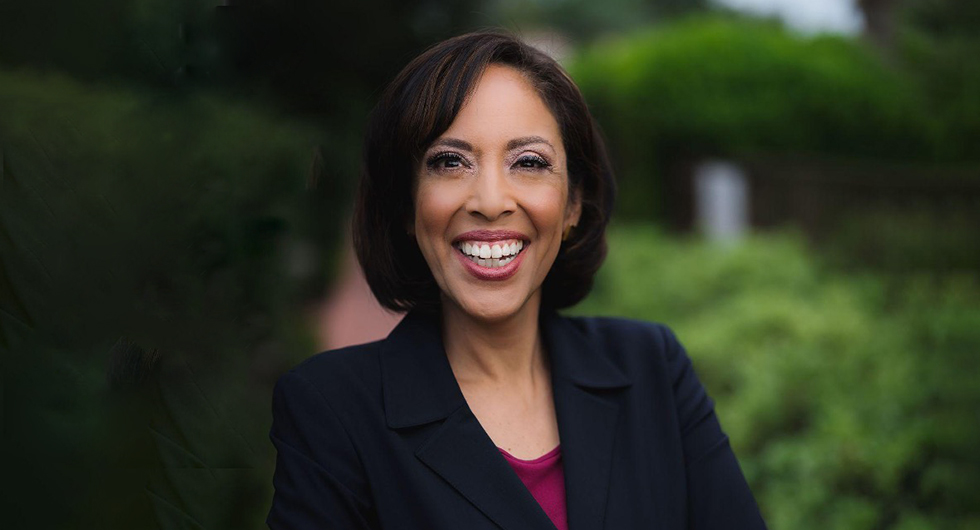 Leader returns to Arizona with a background in nonprofit leadership, advocacy for youth and seniors, governmental relations, and education, to advance ACF’s mission to grow philanthropy.

ACF’s Board of Directors is pleased to announce the selection of Anna Maria Chávez as its next President and CEO. Chávez will join ACF in February 2023 following a national executive search process conducted by Carlson Beck and the ACF CEO Search Committee.

Anna Maria Chávez is an executive leader, attorney, inspirational speaker, writer, and community advocate. She has dedicated her career to advocating for others, especially underserved communities. In her most recent role, she served as the inaugural Chief Impact Officer for Encantos, an EdTech and Public Benefit Corporation where she was responsible for creating the Encantos Social Impact Foundation and led the organization’s philanthropic, education, publishing, and digital business.

“I am deeply honored to serve as the next President and CEO of the Arizona Community Foundation,” said Chávez. “ACF is in a strong position, the ACF staff is exceptional, and the donors and partners are aligned with a great vision. I look forward to working with them and the many Arizonans who generously support the state’s greatest needs.”

Growing up in Eloy, Arizona, Chávez developed the leadership skills that would propel her into a career of public service. She held numerous posts in President Bill Clinton’s administration, and later returned to Arizona to serve then-governors Jane Hull and Janet Napolitano. Chávez served under Arizona Governor Janet Napolitano as Deputy Chief of Staff, Urban Relations and Community Development/Military Affairs Advisor where she supervised the Governor’s staff and departments on issues of aging, Latino affairs, faith-based and community initiatives, housing, emergency management, equal opportunity, human services, veteran services, juvenile corrections and served as the Governor’s liaison to local elected officials.

Her success led to her appointment as the CEO of Girl Scouts of the USA where she served from 2011-2016. In 2016, Chávez was named as one of the World’s 50 Greatest Leaders by Fortune Magazine, cited for her vision and creativity in working to revitalize the Girl Scout brand for a new century. In April 2017, Chávez joined the National Council on Aging (NCOA), the nation’s oldest advocacy organization dedicated to helping Americans navigate the challenges of aging, as their Chief Strategy Officer and Senior Vice President of External Affairs. Less than a year later, Chávez was promoted to the leadership role of NCOA’s Executive Vice President and Chief Growth Officer where she led the day-to-day operations of NCOA and the national team in advancing the organization’s mission to improve the health and economic security of 10 million older adults by 2020. She was ultimately appointed to serve as NCOA’s Interim President and Chief Executive Officer. Chávez then became the Executive Director & Chief Executive Officer of the National School Boards Association and served as an ex-officio director on its Board of Directors.

In 2021, Chávez was appointed as the inaugural Chief Impact Officer of Encantos, PBC and President of Encantos.org. She also served as President of Encantos Publishing. Named by Fast Company as one of the World’s Most Innovative Companies, Encantos focuses on diverse stories and characters and brings them to life through apps, books, content, consumer products, and more. Its properties include the #1 bilingual preschool brand Canticos, the award-winning Tiny Travelers series, and the newly launched Skeletina brand. Under her leadership, Encantos was named one of the top 100 startups by Business Insider and was selected to be a part of Apple’s prestigious Entrepreneur Camp. Encantos investors include Kapor Capital, Steve Case’s Revolution Rise of the Rest Fund, Chelsea Clinton’s Metrodora Capital, and L’ATTITUDE Ventures.

“Anna Maria brings her expertise and experience paired with a passion for ACF’s work, making her a uniquely qualified leader to guide ACF in improving the quality of life for Arizonans,” said Leezie Kim, Chair of the CEO Search Committee. “With a childhood rooted in Eloy and a professional career in public service to two Arizona governors, Anna Maria’s love and service to our community comes naturally.”

“After leading ACF for the last 13 years, I am proud to welcome Anna Maria as the next President and CEO for the Arizona Community Foundation,” said Steve Seleznow, outgoing ACF President & CEO. “While it is difficult for me to leave such a great organization, I am confident in the selection of Anna Maria and the senior leadership team in place will continue to meet the needs of the donors and community across the great state of Arizona.”

Anna Maria Chávez’s Professional Bio:
Anna Maria Chávez brings over 25 years of experience in education, government, technology, and nonprofit organizational leadership and management to her role as Co-Founder and President of Fearless Global Initiative, an international organization that unifies & amplifies advocacy for girls. Born and raised in the small town of Eloy, Arizona to Mexican-American parents, she learned at an early age the importance of being a leader in her local community. Her desire to transform the world through servant leadership led her to Yale University, before pursuing a juris doctorate at the University of Arizona. She held numerous posts in President Bill Clinton’s administration, and later returned to Arizona to serve Governors Jane Hull and Janet Napolitano. Her success led to her appointment as the CEO of Girl Scouts of the USA and CEO of the National School Boards Association. In 2016, she was recognized as one of the World’s 50 Greatest Leaders by Fortune Magazine and in 2021 was named one of the top 50 over 50 Women Leaders by Forbes Magazine.

About the CEO Search Committee:
ACF’s Board of Directors was committed to finding the right leader to steward the organization into the decades ahead and advance its mission to improve lives through the power of philanthropy. Leezie Kim, Vice Chair of the Board, led the work with executive search firm Carlson Beck, in collaboration with a subcommittee of the board. The ACF CEO Search Committee included the following members: